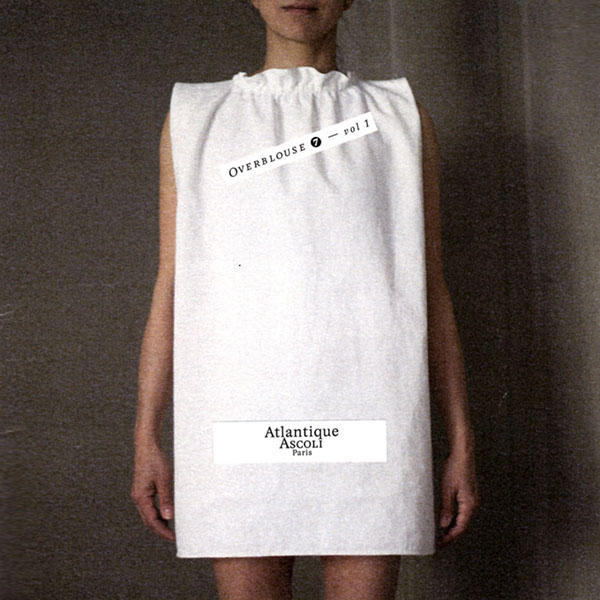 The design world is in need of Atlantique Ascoli. As a Parisian designer, she creates an array of classic silhouettes for women who seek out vintage-inspired blouses with the richest technical details. Ascoli is the daughter of Emmanuelle Khanh, former model and a pioneer of 60's Parisian prêt-à-porter fashion (with Dorothée Bis and Sonia Rykiel) and Quasar Khanh, innovator of aerospace inflatable furniture. Her upbringing, surrounded by her parents' influential and artistic colleagues, gave Atlantique the same creative impulses. She chose initially to pursue music and release her own CD as a singer. She's also worked with Carla Bruni on the design of her album covers. As a fashion designer, mother of three, singer and songwriter, Atlantique Ascoli has the creative sensibility to achieve what she sets her sights on. 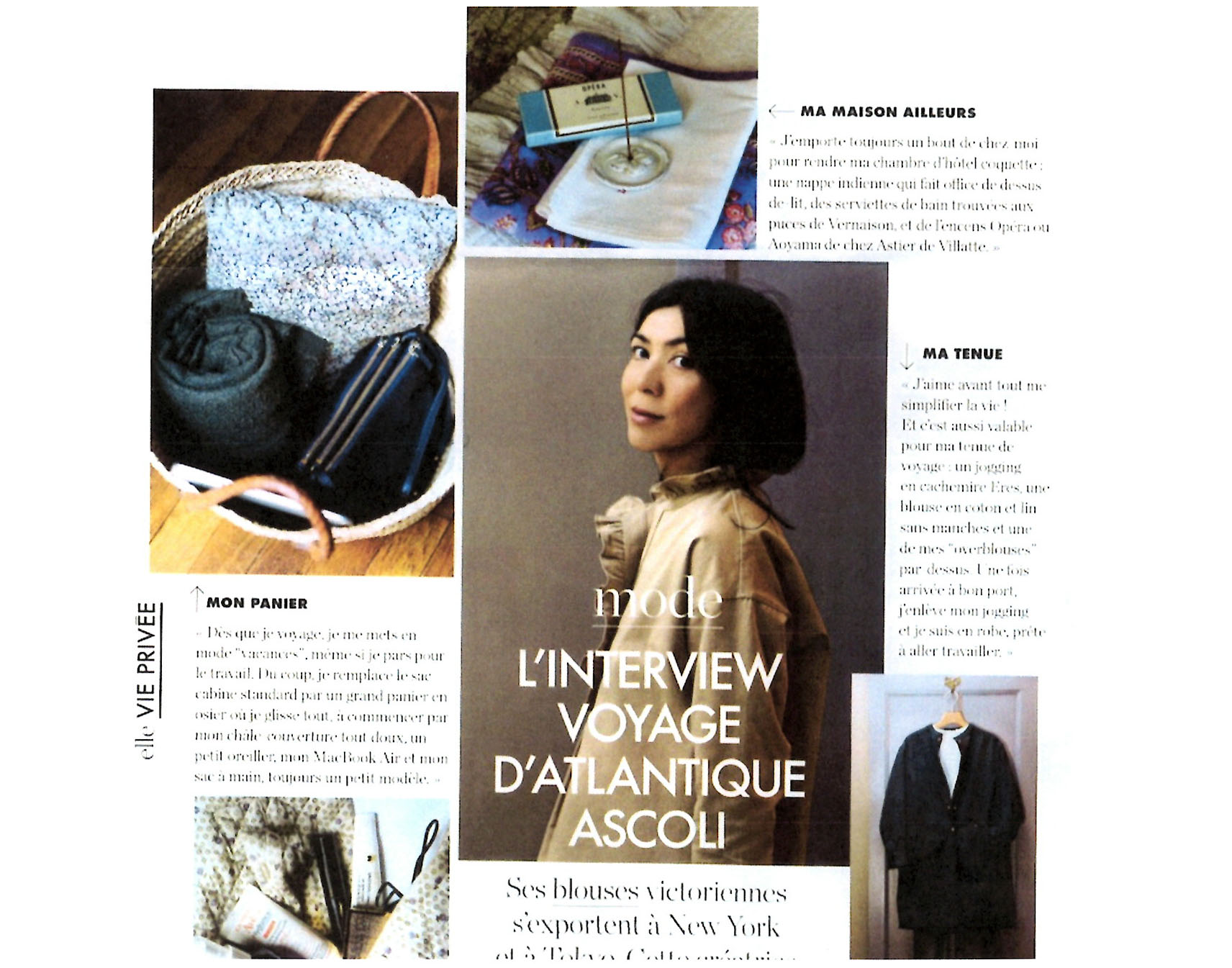 Atlantique Ascoli launched her eponymous fashion line in 2013, to breathe life into the thought of “the ease of an interchangeable module” and to mine her personal collections of Victorian blouses for inspiration. Her mother, fashion designer and one-time model for Givenchy, Emmanuelle, saw fashion changing from haute couture to prêt-à-porter. In the same way, Atlantique pursues an architectural sensibility in making her tailored cuts to create ease for modern women. Her crisp cotton and linen shirtings bring a new graphic perception to shape, texture, and volume, especially in the way that her clothes hang organically on the body. She gains inspiration from the philosophy of Charlotte Perriand, and holds the belief that better design for all can transcend the strictures of the traditional roles of women in society. Atlantique fuses the feminine allure of a Parisian girl with her easygoing personal taste, working for women of all ages to dress effortlessly, but with a touch of polish.

Shop for Atlantique Ascoli on alanbilzerian.com. 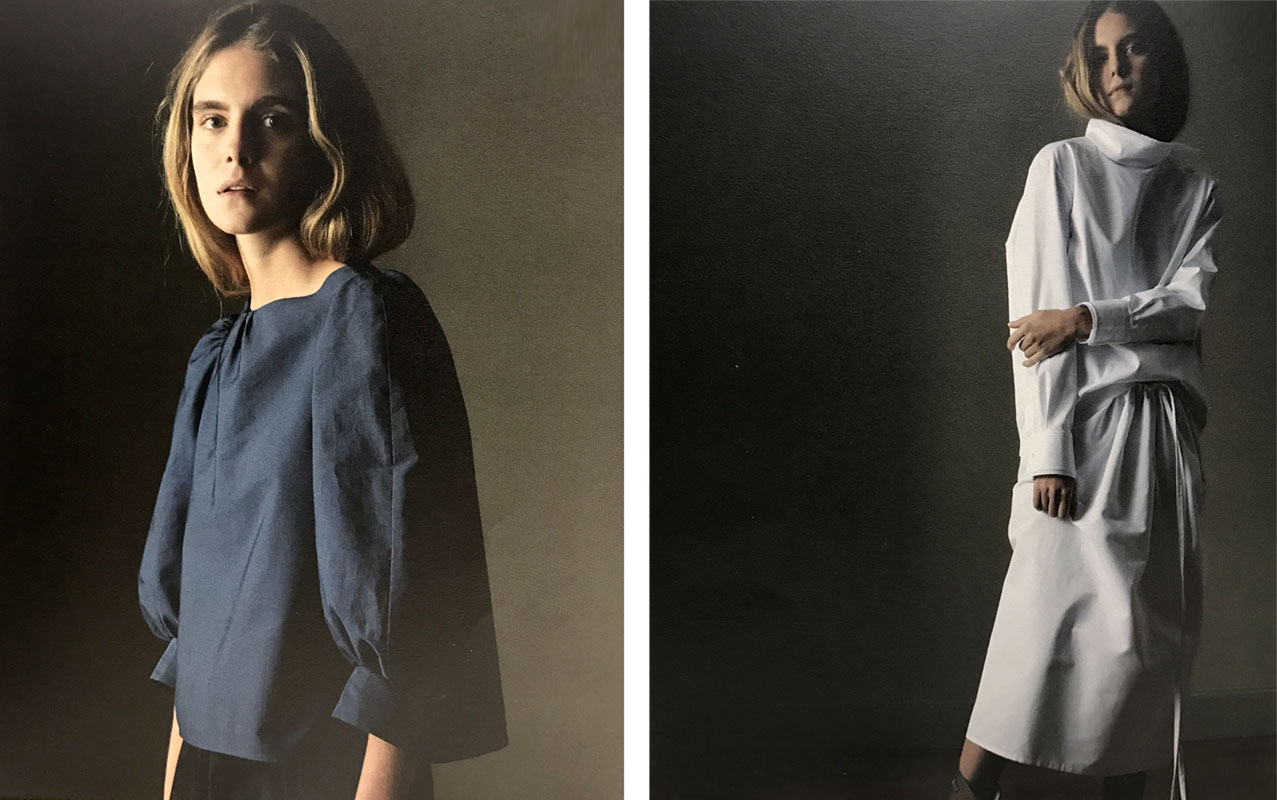 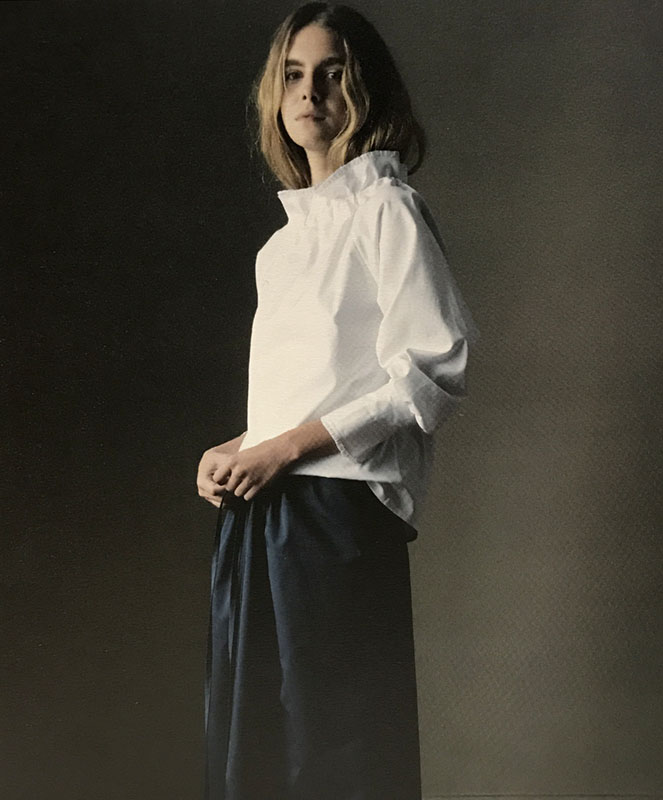