The cerulean waters of the Tuamotu-Gambier Archipelago, French Polynesia, are home to Pinctada margaritifera, otherwise known as the 'black lip' oyster. This is the mollusk responsible for creating the very beautiful Tahitian black pearl. These oysters can be quite large and often weigh close to ten pounds; frightening as this may be this fact accounts for the creature accommodating the production of outsize gemstones within its shell.

The cultivation process for black pearls involves the insertion of a rounded shell bead into the mollusk, which over time secretes a lustrous nacre around the foreign object, producing a pearl. These pearls vary in color, from pale grey to silver to charcoal, with actual black pearls being extremely rare. Tahitian pearls are very particular gemstones known throughout the world for this unique iridescent coloring (often referred to as 'peacock') as much as for their size and shape. The pearls can be almost perfectly round, but more often than not they are oblong, or baroque, and can have very unusual protrusions, making each individual pearl unique. 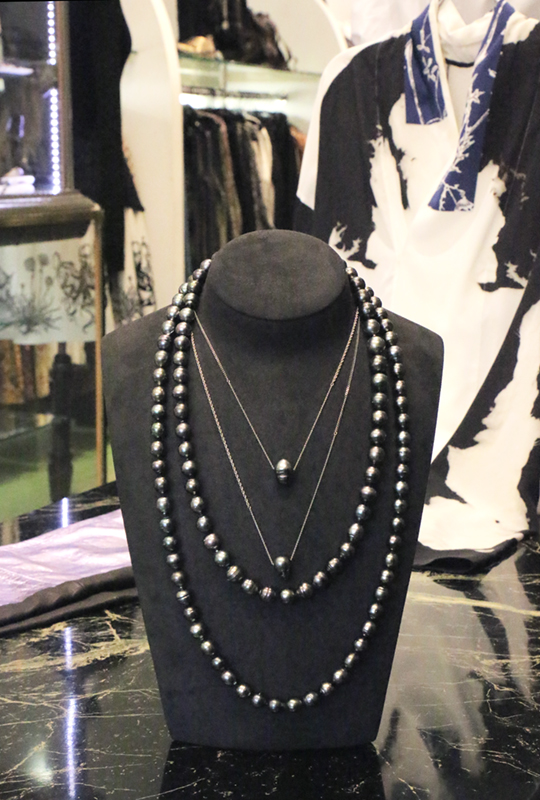